The AMoN is the only network providing a consistent, long-term record of ammonia gas concentrations across the United States.

Ammonia (NH3) is a gas readily released into the air from a variety of biological sources, as well as from industrial and combustion processes. It is the most prevalent base gas in the atmosphere. While NH3 has many beneficial uses, it can detrimentally affect the quality of the environment through acidification and eutrophication of natural ecosystems, the associated loss of biodiversity, and the formation of secondary particles in the atmosphere, which can reduce visibility. Possible health effects of ammonia gas in the atmosphere include short-term irritation of the eyes and lungs and long-term effects on the cardiovascular system through inhalation of fine particulate matter formed from ammonia in the atmosphere.

The AMoN is the only national monitoring network in the U.S. that measures ambient ammonia gas (NH3). The objective of AMoN is to measure NH3 concentrations in a spatially dense, cost-efficient network with data of defined high quality. The AMoN began as a special study in the fall of 2007. The AMoN was approved as an official NADP network in October 2010. The network currently consists of approximately 110 sites, and additional sites are encouraged to join. More information about AMoN is available on this fact sheet.

The AMoN provides land managers, air quality modelers, ecologists, and policymakers with critical data that will allow them to:

Information on joining the network is available here. 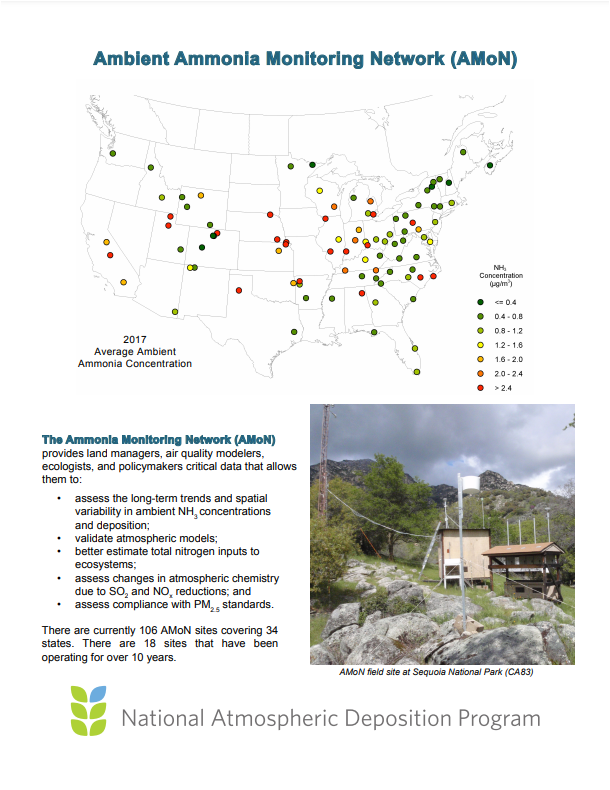 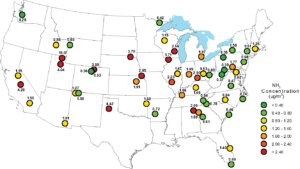 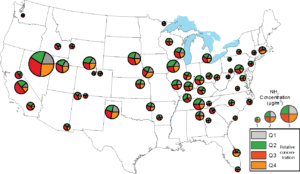